Knowing When To Pivot 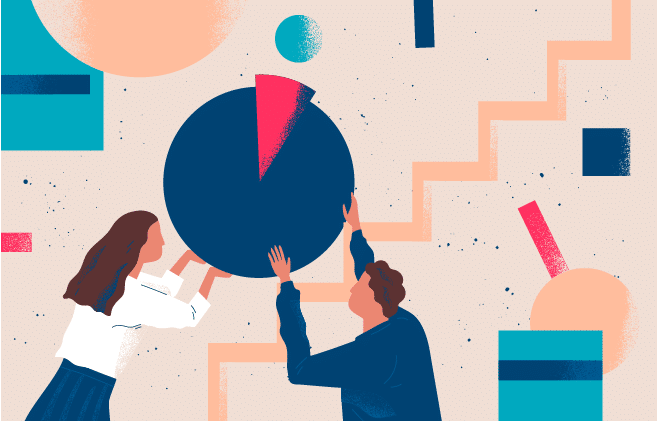 When we first started TapOnIt, our goal was to be a SaaS (software as a service), white-label solution that drove trackable traffic and sales using text. We started out working to build that technology but quickly realized that we would need to generate revenue faster than our white-label solution would allow, and thus, TapOnIt Deals was born. The plan with TapOnIt Deals was to build a database of people that wanted to receive offers and promotions via text message from a wide variety of businesses. Our initial goal was to get to 10,000 people in our hometown, the Quad Cities, and send out offers up to three times a week. As all “plans” go, this one didn’t pan out the way we had expected – for the better. Our database growth skyrocketed organically, through the sharing functionality we had built out. At that point, it made sense to pivot our business model to focus on TapOnIt Deals; it was working so we needed to take advantage of the momentum and revenue potential. That success also meant we had to put our SaaS platform on the back burner.

The next few years we focused all of our attention, energy, and financing on growing TapOnIt Deals. While doing that we were continuing to build upon and improve the technology that powered it; increasing the features to provide data and results, upgraded our UI/UX – both for the user and our admin site, added new functionality, etc. Our start-up continued to generate revenue and grow year over year – all the while building a killer tech product behind the scenes.

Going into 2020, we had a plan to growTapOnIt Deals nationwide through a sweepstakes with the ultimate prize of a trip to Greece for 8 people to spend several days on a private yacht. We were pumped! The sweepstakes launched on March 1st, 2020; within a week of the kickoff a yacht looked like a cruise ship and no one could leave the country… The pandemic forced us to quickly hit the breaks. We were lucky enough to be able to pause our marketing campaign to conserve that budget for the long road ahead. TapOnIt Deals focused on driving traffic and sales for restaurants, retail and entertainment while helping people get out and about in their communities; so we had to quickly pivot to finding revenue streams that could be viable while our advertisers had to drastically shift their business models, including some of them closing their doors. We created an e-gift card platform, sold PPE products, started a Shopify store and gave away as many free ads as we could. While all of the scramblings to stay in business was incredibly hard on our team, it actually gave us some time to focus on our SaaS platform that had been on the back burner for so long. As a team our company, made the decision to pivot back to focusing on the technology that had launched our business idea in the beginning – talk about coming full circle!

In the beginning, we established ourselves as a “coupon” company. But TapOnIt has always been a technology company. TapOnIt Deals provided us with the time and space to prove that people will sign up to be texted from their favorite brands, and when we use the text space in a creative way (images, videos, GIFs), engagement increases – and most importantly, businesses will pay us to help them do this the right way! While we may have just looked like a coupon company on the outside, we were really just figuring things out, perfecting our tech and becoming experts in our industry. Going forward we will position ourselves as a tech company first, but still offer some pretty sweet deals through Deals powered by our technology.

Oftentimes we think we know exactly how things are going to happen, we have a plan and maybe we get frustrated or even give up when things don’t go exactly as we had planned. But as the great Taylor Swift once said, “Just because you make a good plan, doesn’t mean that’s what’s gonna happen.” Plans change and sometimes, even though it’s hard to see when it’s happening, those changes are for the better. It’s important to stay open to change, recognizing when it’s necessary and having the flexibility to make the change as a team.

I think we landed right where we meant to, we just took a healthy detour to get here!

Higher numbers than this?

Get in touch for a bespoke quote